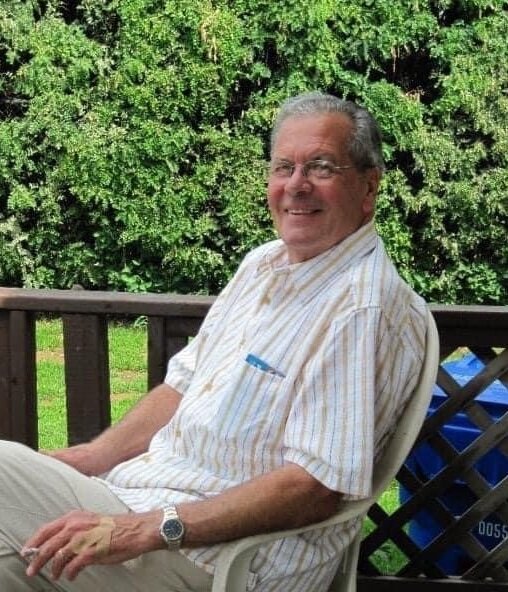 Please share a memory of Eugene to include in a keepsake book for family and friends.
View Tribute Book

It is with profound sadness to announce the passing of Eugene Emil Kapacila (Gene) of Prince Albert, Saskatchewan, on October 21, 2022, at the age of 87. Gene died at Pineview Terrace in Prince Albert, with family by his side. He is survived by his loving wife, Doreen — with whom he recently celebrated 66 years of marriage — and their children: Brenda (Sam) Tubman, Barb (Marlon) Levesque, Valerie (Ted) Bosch, Janice Kapacila and David (Yazmin) Kapacila. In addition, he leaves behind 16 grandchildren, 8 great-grandchildren, numerous nieces and nephews and sister Irene Kindrachuk. He was predeceased by: parents Dymetro and Katherine Kapacila, in-laws Maynard and Velma Morash, sister Sandra and brother-in-law Morris Bodnarchuk, brother-in-law Bill Kindrachuk and grandson Scott Read.

Gene was a dedicated husband and family man. He was an extremely hard-working and successful individual, who always supported his family. He taught his children the value of hard work. He was very proud of his children, grandchildren and great-grandchildren. He also had a soft spot for animals, owning numerous pets throughout his lifetime.

Gene was a quiet and humble man of few words, but each of his family members knew how much he loved them. His smile, laughter and eyes said everything. His heart was filled with kindness and love. He never raised his voice. His family and friends will miss him dearly — but cherish every memory.

Gene was an avid fisherman and loved trips with friends to northern Saskatchewan camps. He especially enjoyed spending time at the family cottage at Emma Lake.

Gene also loved to paint. He would wake up early in the morning to put brush to canvas and his family members proudly adorn their homes with his beautiful artwork.

Gene was a very successful entrepreneur. He will fondly be remembered by many as “Mean Gene the Markdown Machine,” from decades at the helm of Gene’s Sports Excellence. He got an early start in learning how to work hard and run a business from his father, who was a self-employed shoemaker in Vonda, Saskatchewan.

In Gene’s early years, he was a banker, travelling salesman and produce manager at MacDonald’s Consolidated. He was a farmer in his spare time in Spruce Home. In 1967, his dream of being a self-employed entrepreneur came to fruition.

The family moved to Prince Albert. Gene bought and worked tirelessly at his first business, Nor-Lite grocery, barbershop and hair salon. The family later sold the business. Gene worked briefly as a car salesman before his next dream and business came to life.

With a box of used skates, he enlisted his children to tie laces and Gene’s Sports Excellence was born. It grew quickly to become a well-known and successful sporting goods store in Prince Albert. The business always involved family. Some relatives worked at the store for more than 40 years.

Gene fought a courageous battle with cancer. He never complained and simply said, “Well, I feel 100 percent.”  He stayed in the family home until his last few months. Gene joined Doreen at Pineview Terrace in Prince Albert one month before his passing.

Finally back with the love of his life and, with family at his side, he died peacefully.

The family wants to sincerely thank Gene’s doctors, home and palliative care staff and Victoria Hospital. They also want to give special thanks to the staff at Pineview Terrace, who were kind, caring and compassionate in Gene’s final days.

At Gene’s request, there will be no funeral or celebration of life.  In lieu of flowers, donations in Gene’s memory may be made to the Canadian Cancer Society –  1910 McIntyre Street, Regina, SK, S4P 2R3

Share Your Memory of
Eugene
Upload Your Memory View All Memories
Be the first to upload a memory!
Share A Memory