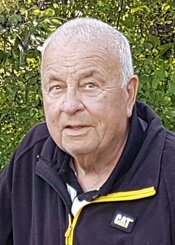 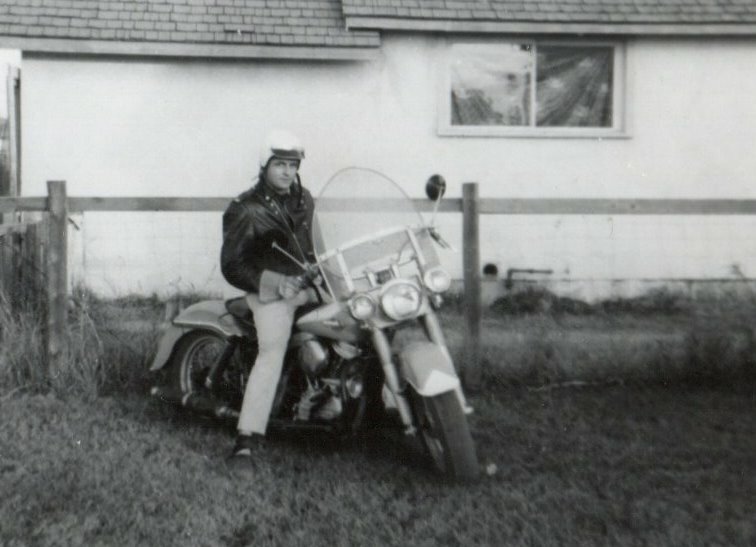 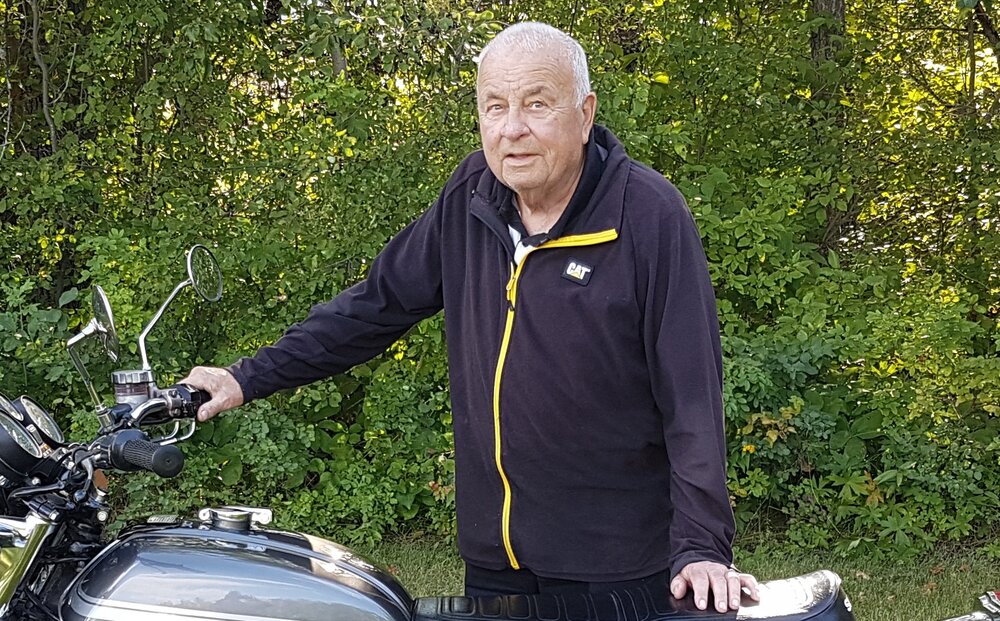 Please share a memory of George to include in a keepsake book for family and friends.
View Tribute Book

George passed away peacefully at the age of 83.

Dad was an amazing guy; if you had the opportunity to get to know him you would quickly learn that he was “smarter than the average bear”. Dad could build anything, fix anything and you would also come to know that he somehow knew almost everything about anything. He could hold his own in any conversation no matter what the topic. He was very well read and when he took an interest in something he would dig in and learn how to do it. He taught himself to play several instruments… harmonica, violin, guitar, keyboard and his favorite instrument of all… the accordion.

He grew up on a farm in Samburg, Saskatchewan, the youngest of 7 children and the only boy so things were tough! They were very poor like many of that generation struggling to make it on a small farm. Everyone did their part and somehow came through depressed times and forged for themselves a better way of life. He developed a strong work ethic and stubborn pride shaped the assertion that if you didn’t work for it and earn it, you didn’t deserve to have it.

When he completed his education at David school (which was of course 8 miles from the farm and uphill both ways) he moved to Uranium City where he worked for Eldorado Mining and also drove taxi. Spare time was spent in the pool hall where at the end of the night he would sort through the coins that were emptied from machines and buy the ones which showed the most promise. This sparked a lifelong interest in collecting coins, his favorite subscription was Canadian Coin News which he would read completely!

Dad moved back South and soon met and married Sheila Warkentin, together they raised 4 children. He worked for Fayerman Brothers then Prince Albert Foundry as a welder and was later promoted to machine shop foreman with P.A.F Engineering. He travelled throughout Saskatchewan even up to Baffin Island leading large fabrication projects. He fondly recalled his time working in Frobisher Bay and his experiences there, bringing back many souvenirs and some interesting 8mm film of the people and the barren landscape.

Dad would be proud to tell you he gained two journeyman tickets, one as a Welder and then later an Industrial Mechanic. He was also a very skilled private pilot who enjoyed taking friends and family “up flying”. He loved Harley Davidsons and owned several over the years; he’d happily tell you that if it wasn’t a Harley, it wasn’t really a motorcycle. In the early days of their marriage Mom shared her kitchen with a 1960’s Harley that he was rebuilding. Cars, planes, bikes… if it moved he liked it!

Dad and mom both got their Ham Radio licenses; VE5-ZB and VE5-ZR soon started communicating on short wave radio. Dad spent numerous evenings in the basement talking to people from all over the world, for us hearing these crackly voices coming over the speaker seemed magical.  Eventually a post card would appear in the mailbox verifying that two-way communication. Soon the wall of their “radio room” was plastered with these cards.

On April 1 1975 he took ownership of the small Texaco station on highway 55. He started it as a welding shop and for the first few years he and his “young apprentices” built and installed ornamental hand railings. Dad was a great welder whose work is still standing in many homes and government buildings in and around Prince Albert. He repaired and fabricated anything that customers brought to him including all sorts of farm machinery and broken parts. He even built custom goose neck trailers from scratch for the local post haulers. If it was made of metal he could join it together. He would even weld your gas tank if you would drop a lit match into it to prove it safe. He did not repair many gas tanks as those that insisted they were safe would quickly decline this challenge!

Their service station business quickly took off and welding took a back seat to selling gas, diesel, confectionary, cars, auto parts and tires as a General Tire dealer. With Mom by his side and the help of their young kids this business became a family affair… working at “the garage” became our way of life and would remain so for the next 46 years.

Through that experience he taught his children the value of hard work and so very many useful life skills… from carpentry, electrical and mechanics to business. Traits, knowledge and values his children applied in their own careers and very successful business endeavors.

He was a very stoic person that possessed an incredible sense of humor. He seemed very serious and sometimes scary looking but now and again would smile and say something so off the wall and unexpected that you couldn’t help but laugh… or cringe!

Dad said; “you retire, you expire” which was the case as he continued to operate Georges Service until the time he passed away. Retirement was never in his vocabulary and was never a desired option.

George leaves his wife Sheila, children Garrett, Allan (Shelley), Donna (Larry Belzevick); his grandchildren Liam, Cade, Morgan, Peter, and his sisters Zenia and Marlene. He goes on to be greeted by his parents, four sisters and son Warren.

Our family wishes to thank all the friends and patrons they’ve come to know over the years as well as the amazing nursing staff on the 5th floor that made his last days both entertaining and comfortable.

Share Your Memory of
George
Upload Your Memory View All Memories
Be the first to upload a memory!
Share A Memory